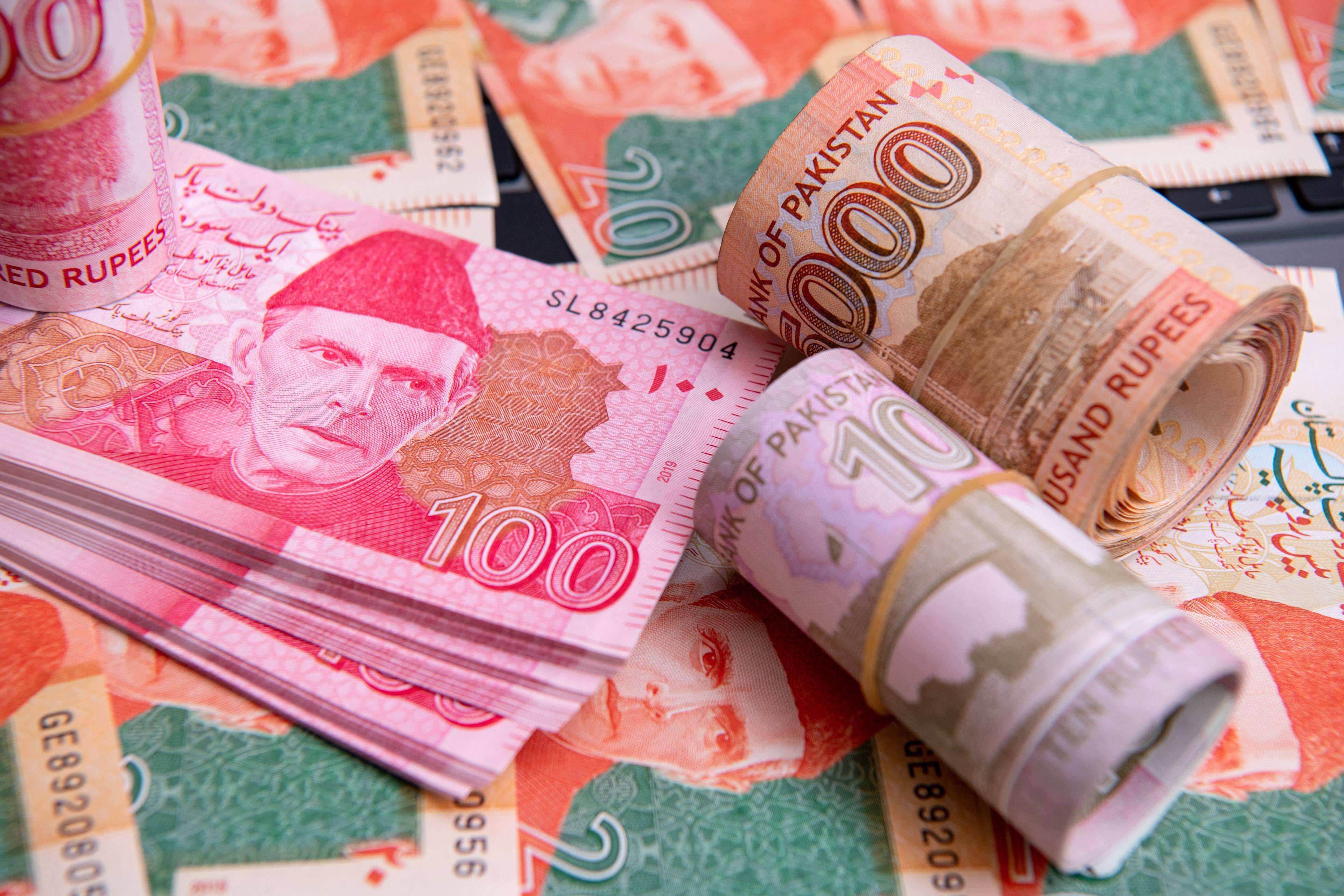 
The Pakistani rupee resumed its losing streak against the US dollar, the UAE dirham and other major currencies in July and will remain under pressure in the coming weeks.

Latest data indicates that the Pakistani currency shed 3.1 per cent of its value against the US dollar in the interbank market last month while year-to-date decline extended to 1.62 per cent.

The rupee lost 54 paisas against the greenback and closed at Rs162.43 to the dollar on Friday as compared to Rs161.88 a day earlier, according to the financial analytics platform Capital Stake.

Market experts and analysts said the rupee will remain under pressure against the US dollar, the UAE dirham and other major currencies chiefly due to current account deficit which stood at $1.85 billion in fiscal year 2020-21 owing to a jump in imports on account of increase in crude oil and other commidity prices.

"The current account deficit widened to $1.6 billion in June compared to $650 million in May," according to the State Bank of Pakistan, the central bank.

Samiullah Tariq, head, R&D, Pakistan Kuwait Investment Company, said the rupee will recover some ground during the fourth quarter and is likely to stabilise at Rs165 to a dollar by year-end.

"The rupee has lost value as current account deficit for June 2021 at $1.6 billion was higher than expectations," Tariq told Khaleej Times.

"I think the performance of the Pakistani currency will improve as real effective exchange rate (REER) is below 100 again. Current account deficit is expected to reduce with improvement in supply chain globally," he said.

REER below 100 means the country’s exports remain competitive and imports expensive. The situation reverses when REER is above 100 on the index.

"Once the pressure for import payments releases and the current account deficit narrows, the rupee performance will improve again," he added.

Muzammil Aslam, chief executive of Tangent Capital Advisors, said the Pakistani rupee has been witnessing pressure in the post-budget period on account of rising imports led partly by higher commodity prices and for machinery.

He said the central bank has been following a flexible exchange rate policy and focusing on sustainable current account balance; therefore, it interferes only when any manipulation is witnessed.

"The SBP let the rupee fall, as it believes it is overvalued in real terms despite higher inflation. So far, there are no traces of manipulation and the decline is purely a demand and supply phenomenon," Aslam told Khaleej Times.

"With the recent depreciation, the Pak rupee is back to last August’s REER level at 97 approximately. We believe the decline will stem from here as the rupee has adjusted to its fundamental.

"We believe if imports decline from here and flows remain strong in the shape of higher exports and remittances then one might expect the rupee to recover its lost ground. The key to the above is containment of inflation and trade balance," Aslam elaborated.

Market insiders said the country’s reliance on external debt to repay old debt is increasing, which also impacts the rupee-dollar parity negatively. This, coupled with higher imports, is pressurising the rupee in the interbank currency market.

"The continued deterioration of the rupee in July will put an extra burden on the external debt to the tune of Rs1,100 billion," according to an expert.

The rupee traded at a much lower exchange rate than the official figures in the open market as the importers bought the US currency to clear their payments. It closed at Rs163.5 to the US dollar on Friday, a nine-month low.

"It also shrank by over 14 paisas each against the UAE dirham and the Saudi riyal on Friday," according to Capital Stake.