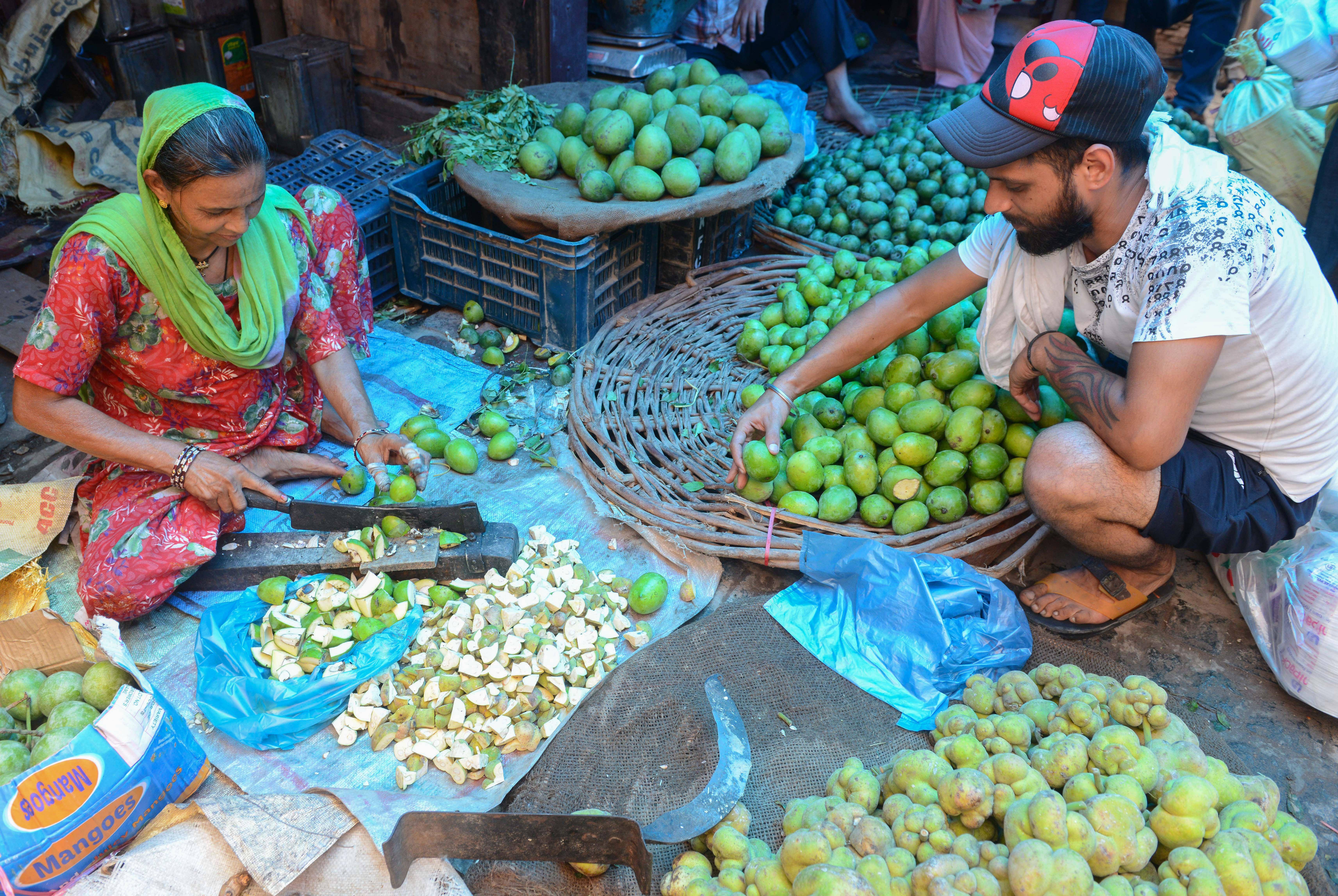 An Indian labourer cuts raw mangoes to be pickled at a vegetable market of Amritsar. The CGA data showed that the fiscal deficit during the corresponding months of the previous fiscal was 83.2 per cent of that year’s target. -- AFP file photo

The fiscal deficit -- the difference between revenue and expenditure -- for the April-June 2021-22 period stood at Rs274,245 crore, or 18.2 per cent of the budget estimates

Besides, the CGA data showed that the fiscal deficit during the corresponding months of the previous fiscal was 83.2 per cent of that year’s target.

“The sharp jump in tax and non-tax receipts and mild contraction in revenue expenditure, curtailed the Government of India’s fiscal deficit to an eight year low Rs2.7 trillion in Q1 FY2022, less than half of last year’s level of Rs6.6 trillion recorded during the nationwide lockdown,” ICRA chief economist Aditi Nayar said.

“Reflecting the low base of the nationwide lockdown, gross tax revenues nearly doubled in Q1 FY2022 and reached 24 per cent of the FY2022 BE, despite the impact of the second wave of Covid-19 on economic activity.”

“Change in accounting year of Reserve Bank of India has helped in higher non-tax revenue collection and its growth jumped to 738.4 per cent in Q1 FY22 which is 52.4 per cent of FY22 (BE). If government fails to achieve big-ticket disinvestment programme in FY22, the gains visible in the Q1 FY22, may not hold and the government would find it difficult to attain FY22 fiscal deficit target of Rs15.07 trillion.” -- IANS