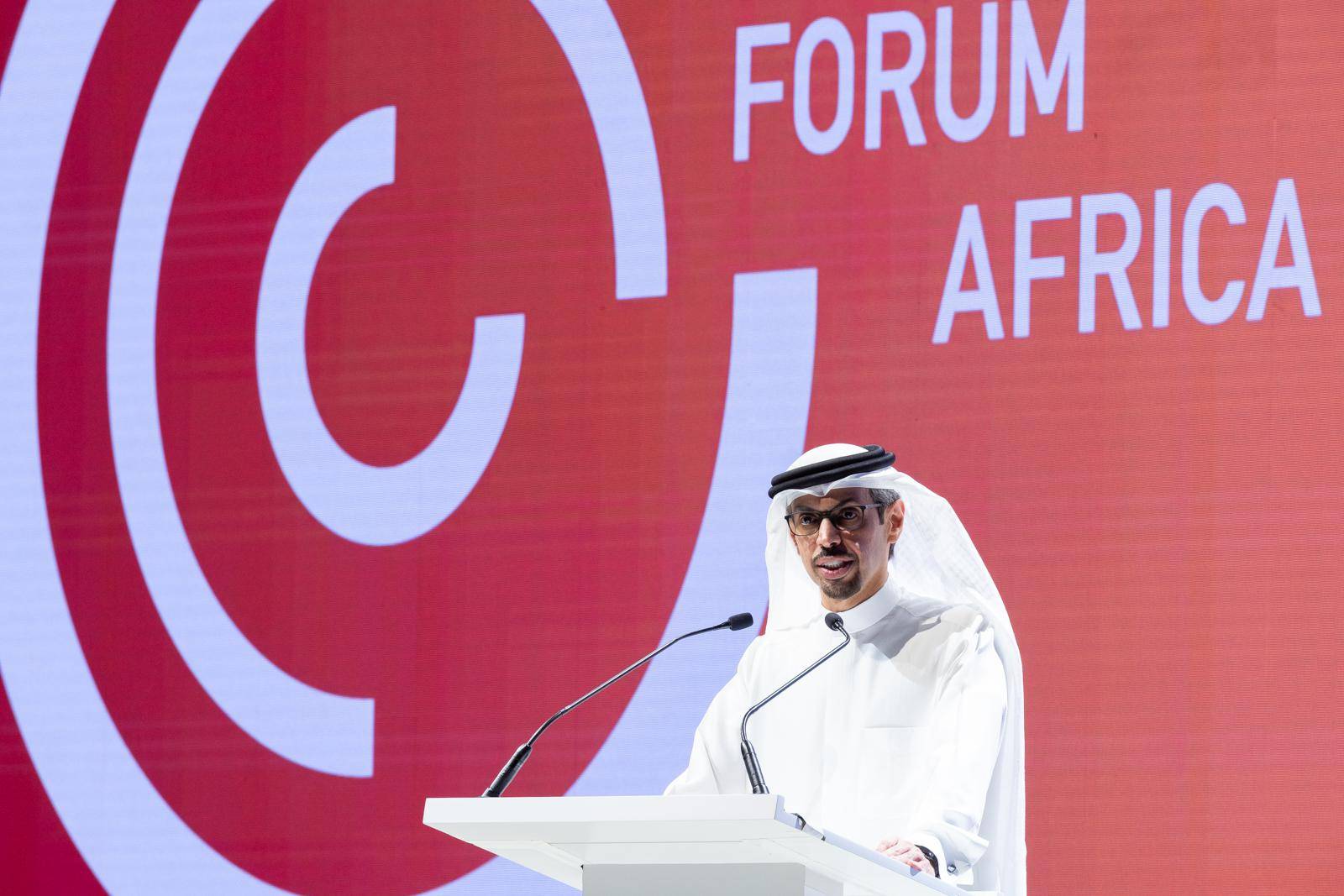 Hamad Buamim, president and CEO of Dubai Chamber, said Dubai has made great progress in its efforts to expand commercial, economic, and cultural ties with Africa. — Supplied photo

With a cumulative annual growth rate (CAGR) of about 4.3 per cent, East Africa, the most populous region with nearly 456 million people, was also the continent’s fastest-growing district between 2015 and 2020

“Dubai has made great progress in its efforts to expand commercial, economic, and cultural ties with African, guided by our leadership’s directives, which not only build on our historic relationship with the continent but also bet on Africa’s potential as one of the world’s most promising regions,” said Hamad Buamim, president and CEO of Dubai Chamber.

“We pave the way for Dubai’s business community to enter into African markets, offering them reliable insight into the continent with in-depth studies, most notably, the series of region-specific reports issued under our flagship ‘Why Africa?’ initiative,” said Buamim.

With a cumulative annual growth rate (CAGR) of about 4.3 per cent, East Africa, the most populous region with nearly 456 million people, was also the continent’s fastest-growing district between 2015 and 2020, revealed a new report by the Dubai Chamber.

Focusing on East Africa, the report is the latest instalment of the Chamber’s ‘Why Africa?’ initiative, which explores and analyses key economic indicators in the continent, going region by region.

The initiative is a precursor to a two-day Global Business Forum (GBF) Africa 2021, which started on Wednesday on the sidelines of Expo 2020 Dubai.

East Africa-Dubai bilateral trade figures reveal that the region’s share of Dubai total trade grew considerably over the years. In 2020, it was the emirate’s third-largest trading partner in Africa, with total trade value hitting $12.2 billion — a 24.4 per cent share of Dubai’s trade with Africa, Dubai Chamber said in its report.

“Dubai’s trade with East Africa is relatively balanced. Imports accounted for 43 per cent of trade activity, while re-exports and exports made up 42 per cent and 15 per cent in 2015-2020. Imports grew 22 per cent in the same period, while export,” said the report.

Jewellery and precious stones accounted for about 85 per cent of Dubai imports from the region in 2015-2020, worth $5.6 billion in 2020 alone. Uganda and Zimbabwe accounted for the bulk of that value, making up 28 per cent and 23 per cent of the total respectively.

Excluding this category, Dubai’s total imports in 2020 were valued at $412.2 million, 41 per cent of which came from Kenya, with Zimbabwe, Tanzania, and Ethiopia following with 15 per cent, 10 per cent, and 9.0 per cent.

In 2020, Dubai’s total re-exports to East Africa were valued at $3.9 billion, with leading products being electrical machinery, mineral fuels, vehicles, and digital automatic data processing machines. They went primarily to Kenya (24.2 per cent), Tanzania (14.2 per cent), and Djibouti (13.1 per cent).

Meanwhile, Dubai’s 2020 exports to the region totalled $1.97 billion. Manufactured tobacco, mineral fuels, pearls and precious stones, and plastics are the main exports. Dubai’s major export markets in Eastern Africa in 2020, were Somalia (36.8 per cent), Kenya (23.6 per cent), and Djibouti (8.9 per cent), said the report.

In terms of real GDP, East Africa ranked as the continent’s third-largest region, accounting for 15 per cent of Africa’s GDP with an average value of $355.1 billion. Ethiopia is the region’s largest economy, accounting for 22.7 per cent of its total real GDP in 2020. Kenya comes in second with a 20.5 per cent share, followed by Tanzania with 17.5 per cent.

Ethiopia and Tanzania also top the list of fastest-growing economies in the region in terms of real GDP, with a 6.9 per cent CAGR in 2015-2020.

Looking at per capita GDP paints a different picture of the region, where the top three for 2020 become the smaller nations of Seychelles, with a per capita GDP of $13,900, followed by Mauritius with $9,500, and Djibouti with $3,200.

Foreign Direct Investment (FDI) is another prominent indicator of economic performance and in 2020, East Africa was third on the continent in terms of share of FDIs, accounting for 17.1 per cent of Africa’s $167.8 billion total inward FDI stocks.

East Africa saw its inward FDI stocks increase by 9.1 per cent in 2015-2020, highlighting the region’s sustained attractiveness to foreign investors.

Mozambique is the top FDI destination in East Africa, with total FDI stocks of $45.4 billion in 2020 — nearly 26 per cent of the region’s total FDI inward stocks. Other major destinations were Ethiopia with a 16 per cent share and Zambia with 12 per cent.

Buamim’s statement came during his remarks at the 6th Global Business Forum Africa in Dubai earlier yesterday. The forum, organised in partnership with Expo 2020 Dubai, is the largest event of its kind in the region dedicated to exploring new avenues of UAE-Africa economic cooperation.

“We believe that Dubai holds the key to unlocking Africa’s economic potential, as one of the world’s fastest-growing city economies that can offer valuable expertise in key sectors such as logistics, infrastructure, retail, tourism and finance, in addition to the right level of investment needed to support African countries scaling up their economies,” Buamim said.

“Hosting this prestigious forum at Expo 2020 Dubai not only adds to the significance of the business forum but also opens new doors for companies from the UAE and other markets that are keen to explore untapped business potential in Africa,” he said.

He said the number of African companies registered with the Dubai Chamber increased by 15.5 per cent since 2019 to reach 24,800 today said Buamim.

“Judging by economic indicators, it’s safe to say that our efforts in Africa are bearing fruit. Dubai’s non-oil trade with Africa reached $50 billion in 2020 despite the pandemic challenges, marking the highest level in the last decade,” Buamim said.

He elaborated on the roles of Dubai Chamber’s representative offices in Ethiopia, Ghana, Mozambique and Kenya, in building bridges between UAE and African business communities, identifying attractive investment opportunities in Africa and assisting African companies with their entry into the Dubai market.

Over the last five editions of GBF Africa, interest in the forum and its overall impact has grown significantly as African and UAE business leaders leverage the event’s platform to explore concrete business prospects and partnership opportunities.